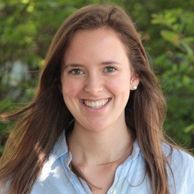 Erika Richter - Interim Summer Program Director
Erika has taken on a number of different roles in Heart to Heart, including as an Educational Facilitator in the summers of 2014 and 2015, an Educational Coordinator in the summer of 2017, and an Interim Summer Program Director in the winter and and spring of 2018.  She is very passionate about working with young people to tackle difficult issues and confront systemic inequalities in an effort to dismantle them. Prior to working with Heart to Heart, she spent two summers working with an American organization called Seeds of Peace that brings together youth from conflict-affected regions to engage in dialogue.  She is currently completing her Masters in International Affairs and Conflict Analysis and Resolution at Carleton University. 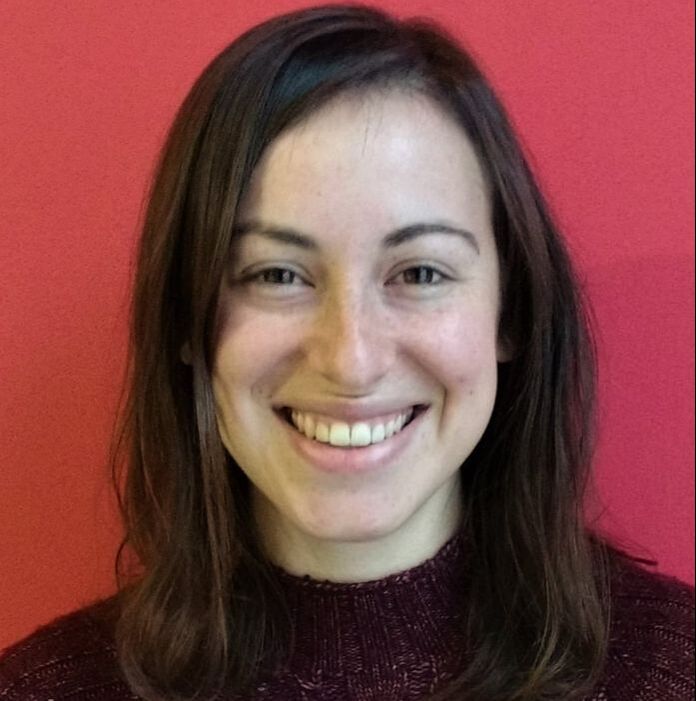 Miriam Schachter - Summer Program Director
Miriam has been a part of the Camp Shomria community since she was a camper, and eventually moved into working with Heart to Heart! She started as a Program Coordinator in 2016, moved to Coordinator, Communications and Operations in 2017 and has now moved to working as a part of the Evaluations Committee. She has a Bachelor of Arts in Architectural Design from University of Toronto, and a Masters of Education in Arts in Education from Harvard Graduate School of Education. She decided to work for Heart to Heart due to the dedicated team and community working for and supporting all that is Heart to Heart, and her connection and years of experience with Hashomer Hatzair. She gained a much better understanding of what the Heart to Heart youth participants go through every day back home in Israel. Working, talking, laughing, and traveling with two consecutive summer cohorts allowed her to get to really know who these inspiring young people are. They are proof that Heart to Heart matters and can make a difference. 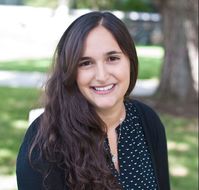 Dalia Krusner - Director
​Dalia joined the Heart to Heart team as Program Coordinator in 2011, and has been with the program ever since. In addition to her many years of experiential education development, she holds a BA from the University of Toronto's Peace, Conflict and Justice Studies Program. Dalia is currently pursuing a dual MA in Jewish Professional Leadership and MBA in non-profit management in the Hornstein Jewish Leadership Program at Brandeis University. She is excited to return to Heart to Heart equipped with the knowledge and tools to bring the program to new levels. Dalia is also proud to be a recipient of the Wexner Graduate Fellowship. 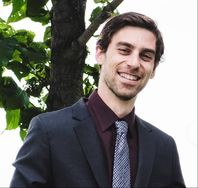 Eyal Rosenblum - Founding Program Director
Before co-founding Heart to Heart in 2010, Eyal was on the founding team for the Young Social Entrepreneurs of Canada – which became the first and largest organization in Canada to promote and support socially enterprising youth in achieving their goals. Eyal is now the Executive Director at Operation Groundswell, an NGO that provides service learning programs around the world for young people. 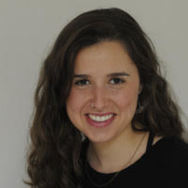 Becca Lash - Heart to Heart 2017
Becca is currently pursuing her Master’s degree in Social Anthropology at Dalhousie University, where she is writing about migration experiences of Palestinian refugees in Canada. She has an interest in post-conflict reconciliation and conflict resolution, and has spent time both in Northern Ireland and Israel-Palestine. Besides spending a lot of time in the library and working on her Arabic skills, Becca is also a volunteer trainer with the IfNotNow movement, and is part of an independent Jewish group in Halifax that holds monthly Shabbat dinners and discussions related to Jewish identity and politics. Becca particularly likes working with children and teens, mostly because she feels she is one. When she isn’t busy doing any of the above, Becca is likely found reading Harry Potter for the fiftieth time, trying rock climbing or yoga, or scouring the internet for cheap flights somewhere. 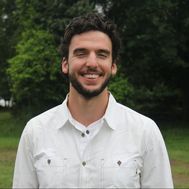 Judah Kauffman - Heart to Heart 2017
​Judah is an independent radio producer and writer based in Toronto. He's spent time farming in Connecticut where he learned about land and patience, and how to grow and nourish communities. In the fall of 2016, Judah was an outdoor educator for the TEVA program, teaching students in Grades 5 and 6 about agriculture, ecological sciences, and wilderness education. In the spring of 2017, he went to a magical radio camp at the Transom Story Workshop in Woods Hole, MA. He grew up and owes his Jewish identity to Camp Ramah in Canada, which he attended for 12 very sweet years. Judah studied economics and philosophy at McGill University, and in a way that is only half ironic, also considers himself a lifelong student. 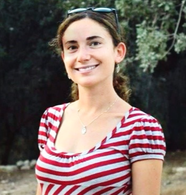 ​Rachel Cohen - Heart to Heart 2016
Rachel is a currently an educator in the Jewish community of Toronto, and her passions have always been for informal youth education and conflict resolution. She holds a BA from the University of Toronto, with a double major in Peace, Conflict and Justice Studies & Philosophy. Aside from being the Educational Facilitator for Heart to Heart in 2016, she has been a staff at Camp Shomria for almost ten years, and in 2017 she was the Camp Director. This past year, she lived in Israel and worked as a teacher for high school students and as the Program Leader for Operation Groundswell’s Middle East backpacking-volunteer trip. She is so grateful for all she has learned from the inspiring youth of Heart to Heart! 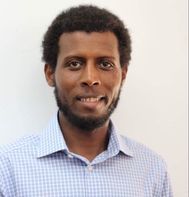 Dawit Demoz - Heart to Heart 2016
Dawit was an educational facilitator, and is currently studying psychology at York University. Dawit grew up in Eritrea and lived in Israel before he came to Canada as a refugee in 2016. In Israel, Dawit worked at Kav-LaOved, a labour rights organization, as a field worker and volunteered at various refugee organizations. Through his work and refugee life experience, Dawit has gained knowledge about human rights and social justice. In summer 2017, Dawit worked as a canoe trip leader for Project Canoe, a Toronto based non-profit that organizes canoe trips for youth. Dawit learned about the Israeli-Palestinian conflict but wanted to enrich his knowledge about the conflict through first hand stories and to develop skills working with youth. He then joined Heart to Heart and is glad he had the opportunity. He was inspired by the hope the youth brought and by the impact of the program on them.  ​ 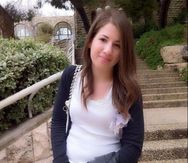 Aml Medlij - Heart to Heart 2012 and 2013
Aml lives in the Palestinian Israeli town of Kfar Qara. Before coming to Canada with Heart to Heart, she participated in other leadership programs at Givat Haviva, including the Building Bridges program, in which she took part in an Arab-Jewish delegation to Germany. Aml now studies Computer Sciences and Mathematics.

Isaac Kates Rose - Heart to Heart 2012
Isaac grew up in Toronto’s Jewish community, and served as the Youth Director for Hashomer Hatzair Canada. He received his BA from the University of Toronto, spending part of his degree studying in Jerusalem as the recipient of the Coburn Award. Isaac is also a co-founder of All That's Left: Anti-Occupation Collective, and is currently living in Israel and working with the Centre for Jewish Non-Violence. He previously worked with Rabbis for Human Rights as the New Israel Fund's Social Justice Fellow in 2015-2016. 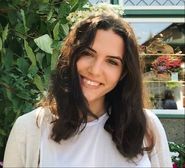 Mihal Golan - Heart to Heart 2011
Mihal was honoured to be part of bringing Heart to Heart to Camp Shomria as the first cohort's Educational Facilitator in 2011. She continued her involvement with the program in 2013 as the Summer Program Coordinator. Mihal grew up in Israel and participated in coexistence and community-building programs through her school. The opportunity to facilitate similar experiences for younger leaders was a ‘no brainer’ and became a humbling and profoundly moving experience for her. Mihal is happy to still be in touch with a number of participants from the 2011 and 2013 cohorts and went on to hold various management and development roles at Camp Shomria. She recently completed a Master of Management degree from the Schulich School of Business. 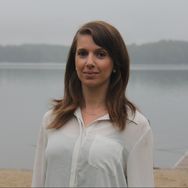 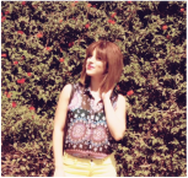 Reema Massry
Reema is an enthusiastic English teacher at the Gvanim School in Ein Shemer. She lives in a small village near the school, called Meisser. Growing up, she learned the importance of getting to know different types of people and accepting them the way they are. As a teacher, Reema tries to teach her students to broaden their horizons to become better people through incorporating pluralistic perspectives into their lives. She is excited to continue this work through the Heart to Heart program. 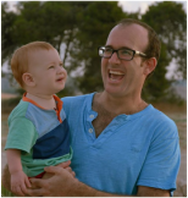 Doron Erez
Doron is an experienced educator, teaching in the Megiddo Regional High School. He lives nearby with his wife and three young children, and specializes in leading the schools extra-curricular programs. For the past two years, Doron has been in charge of the school's Shared Society Leadership Programs. He is passionate about teaching, inspiring and challenging children to find their own meaning and strengths in their education. 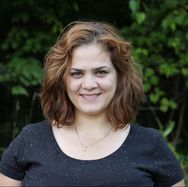 Usnat Atamna
Usnat Atamna is Palestinian Arab with Israeli citizenship, living in the Palestinian Israeli town of Baqa al-Gharbiyye. Usnat works as a group facilitator at Givat Haviva for Arab-Jewish Dialogue in programs including Heart to Heart and Face to Face. She is also an English teacher in a local college and is pursuing her PhD in English Literature at The Hebrew University of Jerusalem. 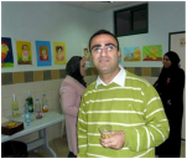 Zakaria Mahameed
Zakaria Mahameed has been the Co-Coordinator of Givat Haviva's Children Teaching Children program for over ten years. He is involved with many projects which seek to promote dialogue among Palestinian Israeli and Jewish Israeli children in the north of Israel. Zakaria is also a civics teacher at Moawya Junior High School.