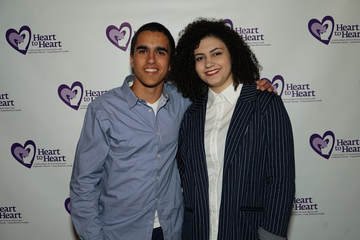 Omri and Sana who guest spoke at Building Heart 2017
My name is Sana Zahalka, and I am a Heart to Heart Alumnus. In 2014,
when I was 14 years old and still figuring out the very conflicted world I grew up in, I was pushed by my parents to participate in Heart to Heart in order to meet different people and get to know other perspectives before being able to take a stand on conflicts around the world.

After my experience at camp, I was inspired by both the people in my group as well as the people I met during my time in Canada, and throughout my time in high school I participated in numerous programs that helped me become a more mature person and be more aware of the situation not only in my region but also in the world. I participated in 14 Model United Nations conferences where I discussed global conflicts varying from human trafficking to aiding refugees to maintaining danger-zones around the world. In addition, while continuing to be in touch with Heart to Heart, I worked with similar organizations like Creativity for Peace; a leadership training program. I went into Creativity for Peace in 2015 and two years later came back as a young leader in 2017. I hope to return to these programs at some point as a facilitator in training and expand my facilitation skills. I also volunteered with Debate For Peace during my last year of high school and the following year. Debate For Peace brings together Model United Nations and co-existence/shared society programs as well as volunteering in helping asylum seekers. 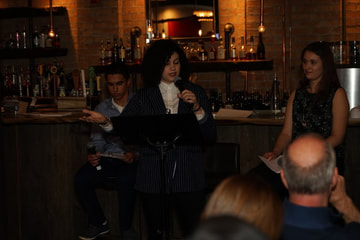 Sana giving her speech at Building Heart 2017
When I finished high school, it was time for me to start a new chapter of my life, a chapter where I aimed to come as close as possible to achieving a vision that I’ve created throughout the years. I wanted to become a doctor, and I wanted to work with Doctors Without Borders. Doctors without Borders is an international organization that provides medical assistance to people in areas of conflict and poor communities. Being part of the Model United Nations for so long, I got exposed to many humanitarian issues, and I became aware of how tragic the conditions are for some people around the world. As a member of a community that has suffered for decades and continues to suffer in the present, I feel strongly along with those people, and so I feel obligated as a future doctor to use my knowledge in order to help them.

The things is, it’s a known fact that getting accepted into medical school anywhere around the world is difficult, but here in Israel it’s even more difficult, especially for Palestinians in Israel, which is why most Palestinians who aspire to be doctors choose to study in Eastern European countries. Although I could've followed in their footsteps and studied somewhere in Europe, I decided that I’d rather study in Israel so I can continue to contribute to my community throughout my years in University. Over the past year since I graduated high school I have volunteered in a hospital, volunteered at a youth centre, and also volunteered with an international organization called “Make A Wish”, as well as working a job in order to save money for university.

Getting accepted into medical school in Israel requires a series of exams and interviews that are based on one’s life experience. As an 18 year old Arab who had to do the interviews in what I consider to be my third language, it can be really hard. For Palestinians, in addition to the language barrier, those interviews are based on life experiences, and most Jews who apply to medical school have been in special units in the army. They come trained for these kind of interviews and they have life stories to represent their experience. Meanwhile, it is not taken into consideration that Palestinians come from completely different places and that they have to build their own experience and stories. Another thing that is quite controversial but happened to me personally in some of my interviews is that interviewers tend to get very political and even slightly openly racist, which I think makes the whole process unfair. 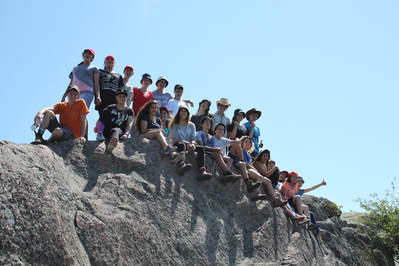 The 2014 Heart to Heart cohort atop Rock Dunder
Although very far from easy, this past year was one of achievements and satisfaction for me. I realized that there’s nothing more that I love doing as much as I love helping people in my community, which only made me even more sure that I want to be a doctor. So last month, after what seemed to be endless months of exams and interviews, I got it, my acceptance letter.

Just two weeks ago, I officially started my first year as a med student at the Ben Gurion University of the Negev. I honestly couldn't be happier. But I also couldn't be more nervous, because not only am I the youngest in my class, I’m also one of the very few Arabs, and it’s my responsibility to represent my community in the best way possible.

For now, in addition to focusing on school, I’ll also be using my time in the Negev to work with an organization that raises awareness regarding sexual harassment and provides aid for victims, as well as trying to come up with ways to contribute to the Bedouin communities in the field of education. I believe that no matter how busy we are, we all should be constantly contributing to the community. I am grateful for my time in Heart to Heart which I see as the spark to the many amazing experiences of personal growth and giving back I have had since that summer, and I want more youth to have that as well. ​