Mark Diamond graduated with his L.L.B. from Osgoode Hall Law School in 1984, practiced law for a short time and then formed Wormark Development Corporation, building non profit housing and industrial office condominiums in Ontario. In 1994 Mark became President of Canada’s first web site development company “e-Commerce” which he sold in the late 90’s to pursue his dream of owning and operating a children’s summer camp. Currently Mark and his partner Jeff Wilson own and operate Camp Manitou, a children’s camp near Parry Sound, Ontario. Mark ‘s philanthropic activities include being past President and Board member of the New Leadership of The Hebrew University of Jerusalem and is a past board member and  President of Ve’ahavta for over a decade. Mark is on the Board of the Ontario and Canadians Camps Association and is                                                      chair of the “New Canadians program”  offering free summer camp to refugees .

Bob Engel is retired from the position of Executive Director of Oolagen Community Services, a children’s Mental Health Centre in downtown Toronto.  He was in this position for twenty five years.  Prior to that, he was divisional head of the Family Counselling Division in Durham Region where he spent twelve years developing and co-ordinating programs for families experiencing difficulties.

Tamar Ishaky is a practicing psychotherapist in Toronto with a belief that personal and social transformation begins with a willingness to be open to the possibility that change is achievable. Tamar is deeply committed to the Heart to Heart program as it gives the youth the opportunity to change their hearts and minds and help create a more peaceful world. She also sits on the Board of Canadian Friends of Peace Now. 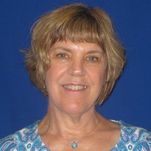 Debbie Michnik is a retired school principal who believes passionately in the power of effective education to make a positive difference in the lives of young people. She cares deeply about the possibility of creating peace in the Middle East.  For Debbie, Heart to Heart is a powerful way to develop future leaders on all sides who can work together to transform Israeli society. 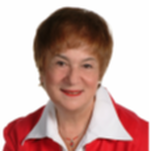 Dr. Karen Mock is a human rights consultant, educational psychologist and teacher educator, and has been involved with Heart to Heart since its inception. She is former Executive Director of the Canadian Race Relations Foundation, former National Director of the League for Human Rights of B’nai Brith Canada, and Past Chair of Canadian Friends of Haifa University. Considered a pioneer in the field, she is a founding active member of the Anti-Racist Multicultural Education Network of Ontario, the Women’s Interfaith Dialogue, the Canadian Association of Jews and Muslims, and the Arab Jewish Leadership Dialogue Group; and she is presently spokesperson for JSpaceCanada. 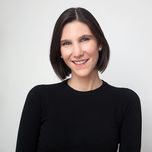 Aliza Shupac works in Toronto as a school social worker where she provides consultation to schools and families regarding mental health concerns, as well as individual and group counselling to students of all ages. She runs a private psychotherapy practice where she works with individuals and couples. In all aspects of her work, Aliza is passionate about utilizing conflict resolution techniques to help create understanding and healing between injured parties. Aliza believes that, in this vein, Heart to Heart can help create a better society in Israel.

Brian Smith is a retired executive in the real estate consulting business with a specialty in retail and medical. He is currently a student at York University in Humanities and Judaic Studies., and serves on several non profit boards of directors in various roles. Brian supports Heart to Heart because he views the program's work as essential in building a better society in Israel.